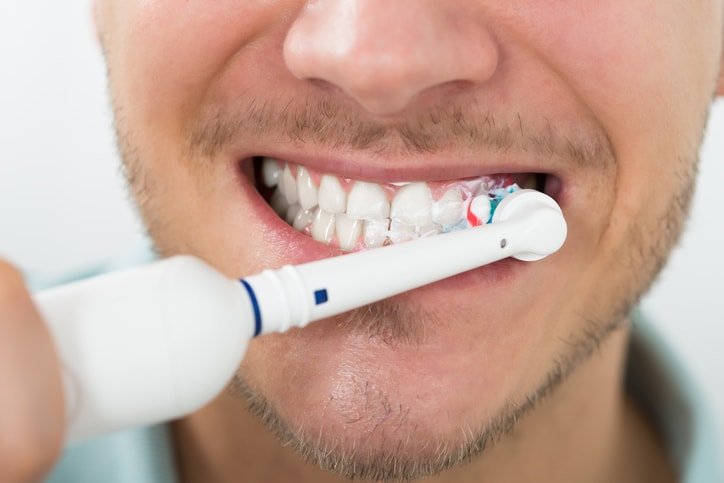 Do you notice that you have more than average tartar build-up in between dentist office appointments? Do you want to know the best way on how to remove tartar from your teeth?

Tartar or teeth tartar is a crusty deposit that can build up on teeth if you don’t properly brush and floss your teeth daily. It creates a strong bond that traps in stains and can make your teeth appear yellow.

It can normally only be removed from a dentist, so it is in best practice to prevent tartar from building up. Having more tartar on your teeth can also make it harder to remove plaque and bacteria.

When you have more tartar on your teeth, it is easier for them to pick up stains. So your teeth will appear more yellow or browner. Not giving you the pearly white teeth that you want.

Before we talk about how to remove tartar let’s talk about what causes tartar.

Tartar is basically plaque that has not been properly removed from your teeth. Plaque is a sticky colorless film that forms on your teeth from both food and saliva.

When you are not taking proper care of your teeth like brushing and flossing twice a day. Plaque is able to build up and can harden creating calculus which then turns into tartar.

Tartar normally forms around where the teeth meet the gums. This is that hard to reach area, that we sometimes forget about when brushing and flossing.

It is important to remove tartar from your teeth because if it is not properly removed, it can cause tooth decay, gum disease and also prevents your teeth from being as white as you would like them to be.

Also, once tartar is formed on your teeth it can’t be removed with just normal brushing. This is one reason why we are supposed to go to the dentist 2 times a year. The dentist is able to scrape our tartar off with special tools.

How To Prevent Tartar From Forming On Your Teeth?

Having good daily dental practices in place, like brushing after meals and flossing daily can stop tartar right in its tracks. If tartar is unable to build-up on your teeth, there will be less to remove.

Flossing is also a major key factor that prevents tartar to build-up on your teeth because it tends to focus on areas of your mouth where tartar tends to build up.

Water Flossers can also play a key role in preventing tartar from forming, as it is able to fight food build-up with high-pressure water.

By practicing good dental hygiene we can help the build-up of tartar on our teeth, but what if we already have tartar build-up. Is there a way to remove tartar without going to the dentist?

Here are a few tips that can help you loosen and remove tartar from home without the dentist. This doesn’t mean you should skip your dentist appointments, this will just help to keep your teeth healthier in-between visits.

How To Remove Tartar From Teeth At Home?

If you are in-between dentist appointments and you are starting to notice that tartar is building up on your teeth, here a couple of steps that can take to help loosen tartar from your teeth.

Teeth tartar build-up is bad for your teeth and gum. It causes your teeth to be more yellow. If you want to keep a healthy bright white smile, it is important to prevent the build-up of tartar. Practicing good dental hygiene is the best step in fighting tartar.

You might also want to read our article on what causes teeth discoloration.